The kids are away on spring break until tomorrow afternoon, so I’ve spent the last two days getting my own self ready for work in the quiet of early mornings and coming home to that same quiet after my evening commute. It is a weird feeling. I know I’d hate it if this was my norm, but it’s a good three-day break from the usual chaos that mornings can bring when they are heading to school.

I’ve spent a good bit of the past few days enjoying my house in a way that I forget to sometimes. Home is important. This week marks three full years in this space, and I love it more everyday.

I also caught a documentary on Netflix that I can’t recommend enough — InnSaei, a film about intuition and ways the modern word has lost it. (The trailer is here if you’d like to see it.) I keep turning it over in my mind, and I already want to watch it again to hear it a second time around.

You don’t have to work hard to convince me that intuition exists in a very real way or that it’s something valuable, but this film explores it from so many different angles – including the ways that science can measure it and the ways that we can cultivate it. One thing was certain across all of the resources and all of the interviews and all of the conversation about intuition – that it only shows up in the quiet.

I’m working on this, on letting the quiet settle in the space around me without looking for a distraction. It is hard though. It is against the grain of the world we live in. But it never ceases to talk to me a bit when I let it grow and expand in spaces in my life. Sometimes you know things and you don’t even know why you know them. Do you feel that way? I can hardly count the times in my life when I knew something and later saw such a clear line between this and that. I’m getting better at feeling it in the present moment now and not just the rear view mirror.

Saturday I went for a hike alone, and when I got home I repotted a plant my mom had picked up for me a few days prior. Since that weekend was followed by a few mornings of slow silence, somehow I feel more centered than I have in a while — even though work is crazy and there are a million things to do — somehow all of the spinning plates are moving a little more slowly. I heard someone say once that people always say I don’t know what to do about a given situation, but the thing is that you do know. You always know if you are quiet enough to listen. 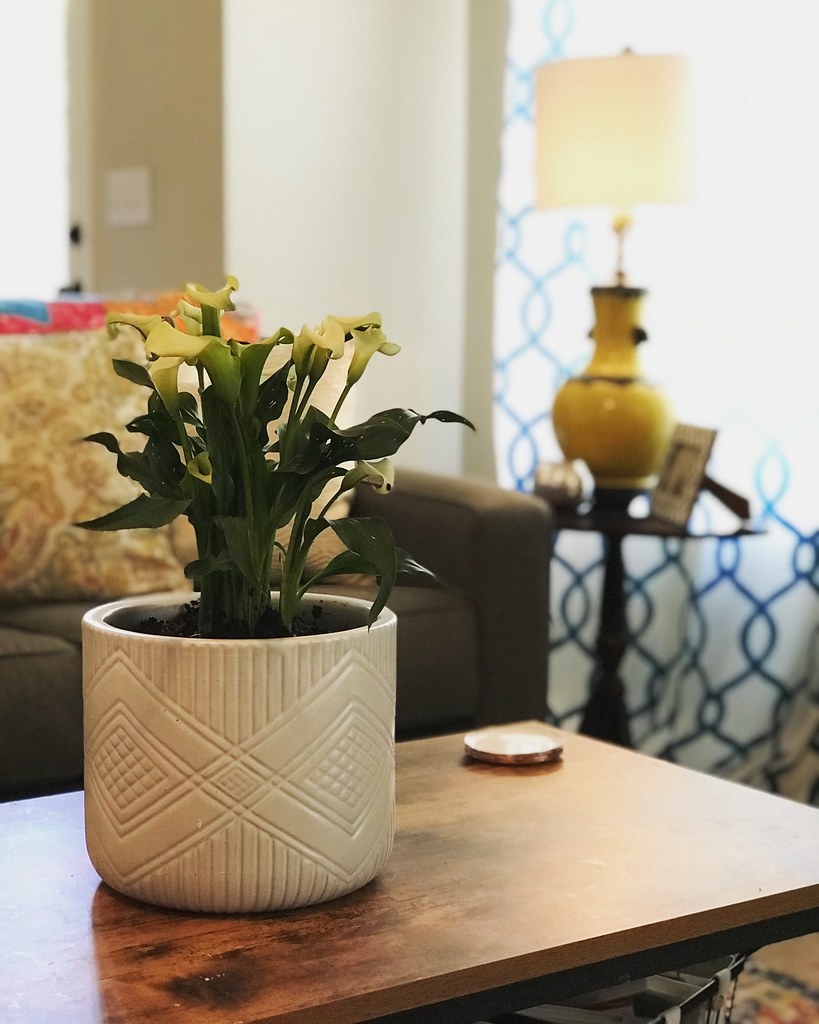 I am sifting through the pieces of what 2018 has brought me already and listening hard for what they have to tell me. I hear nothing at all in the midst of everyday noise, and I think nothing has changed or I am just treading water or I am not where I should be. But the minute I take a day or two to shut it all down and let the silence swell a bit and sit with it, I hear it. I always know what to do, always know where I am. The term Innsaei apparently translates to the sea within as well as to see within and finally to see from the inside out. We don’t exactly have an English word equivalent, but intuition is as close as we can get.

I can remember when I was a kid, my great-grandmother had this massive seashell that she used as a door stop, and my cousins and I would always do the trick of holding it to your ear to hear the rush of the ocean. I remember it was just one long, infinite echo. Loud and quiet at the same time. No matter how long you held it to your ear, the rushing just kept speaking to you in one long hush. I swear intuition works that way, too. There is a hum there if I listen. As vast as the ocean, loud and quiet at the same time.

Hafiz tells us, “This place you are right now, God circled on a map for you.” I forget that sometimes until something small delivers that message. It’s always something tiny — the way afternoon sunlight comes around the curve near my house in the early evening hours, the feel of my hands in a pot of black dirt, the silence that punctuates bird chirps when I hike alone, the way words flow when I string one sentence together with another. This is my spot, circled on a map. That quiet rush inside always talking to me like a compass.