Friday was weirdly cold and rainy — for a May afternoon in Georgia anyway. I attended the university’s graduation ceremony as I always do, but it felt out of place and so strange as I piled on my academic regalia and walked across campus in a cold drizzle. We usually have spring graduation on the front lawn in the sunshine, but it was moved indoors.

I drove home in the rain listening to an episode of On Being that I heard years ago and remembered well, but it was replayed this week, and I couldn’t help but listen again. (It’s no secret I love this show – likely my favorite podcast. I highly suggest subscribing if you don’t already.) Krista Tippet interviews poet Marie Howe, and I can distinctly remember listening to this in something like 2014 when it first aired. I was folding laundry in my son’s room in a house I no longer live in, and I remember dragging the phone with me from room to room to continue listening as I put away everyone’s clothes. It’s always such an interesting experience to listen to music or read a book or see a movie years after you originally did. We hear things differently as we evolve to become different people, I think.  Much of what Howe discusses in the interview relates to her weeks spent with her younger brother in his final days, and that was before I’d had a mirror of that experience with my own grandmother. There are things I hear differently in that interview now.

In the episode, she talks a lot about ordinary time, as she calls it. The moments that are nothing special and easily missed but are also the key to unlocking happiness. She reads her short poem “The Gate” (link here if you want to see her read her own work) where she says, “I had no idea that the gate I would step through to finally enter this world would be the space my brother’s body made.” It’s strange, isn’t it? The gates we step through to finally enter are never the ones we expect. I was thinking about this as the graduates walked to proudly receive diplomas Friday night, that these big moments – graduations and weddings and new jobs and big moves – these are always the ones we assume will most shape us, but it rarely works out that way. It’s the ordinary time that does it. And sometimes the heartbreak, too.

Tippet also asks her in the interview about the process of using writing to break open instead of closed, and I hear echoes of my own story and what I’ve learned through writing in this space. Howe says, “I mean, things are going to happen all the time. The unendurable happens. People we love and we can’t live without are going to die. We’re going to die. … Art holds that knowledge. All art holds the knowledge that we’re both living and dying at the same time. It can hold it. And thank God it can because nothing out in the capitalistic corporate world is going to shine that back to us, but art holds it.” And how true that is, right? I feel like all I ever hear around me is messages of permanence. That what we buy or hold right now matters and will matter forever. Art is the only thing that reflects the impermanence of our everyday lives – which is a thought a lot of people don’t want to let in. It makes you begin to question the race we all run and what it’s really for. The long hours to make the money to buy the things that you don’t have time to enjoy because you are working more to buy more. Nothing about that scenario admits that we are all living and dying at the same time.

She goes on to talk about the connection that happens with writing, saying “So I think that we join each other. It’s easier. We’re not alone. And I feel like that’s the only answer. Otherwise, we’d just think it’s only happening to us. And that’s a terrible and untrue way to live our lives. And I think art constantly mirrors that to us, whether you’re reading Thomas Hardy, or Doris Lessing, or Virginia Woolf, or Emily Dickinson, it’s just holding the human stories up to us, and we don’t feel alone. It’s so miraculous.”

I’ve seen that miracle in this space, and I am so grateful for it. For every comment or email that says I get it; me, too. Thank you, thank you. Sharing our stories in all their raw honesty is really where it’s at.

Listening to this interview again almost three years after I initially did makes me grateful for the lessons I’ve learned. I know last summer, hard though it was for me, illuminated things I can never un-see. But also this time I’m in — this liminal space as theologians call it, this in-between where I don’t know with any certainty what is next and I don’t owe anyone anything — it forces me to see the this that Howe refers to. This moment, whatever it may be, is what I’ve been waiting for.

The kids were away this weekend, and though I was tired and it was cold and rainy on Friday, sunshine showed up on Saturday, and I decided to take advantage of it and head a few minutes north to spend some idle afternoon hours at a nearby winery. 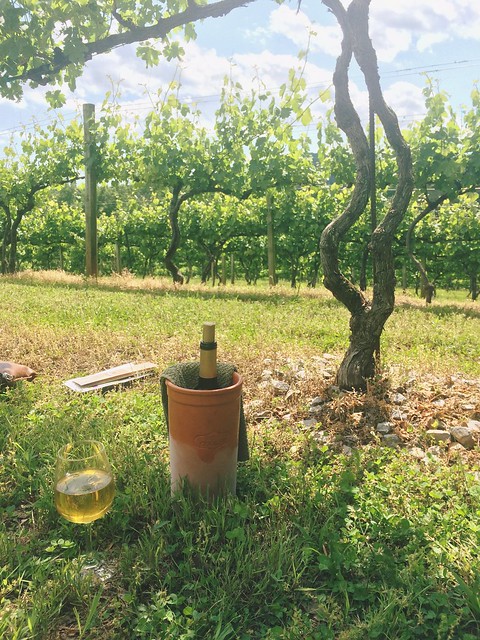 Dating when you have kids is weird and hard. There is a lot I could say about that and likely one day will, but I will say that when you are in it, you just do the best you can. I tend to forget the perfection that exists in simple quiet hours where you do nothing but eat and drink and talk and pay attention. What I value now isn’t the same it once was. Just be honest and true and make me laugh and listen.  And be willing to throw a blanket and a picnic basket in the car and spend a few hours with me doing nothing at all. 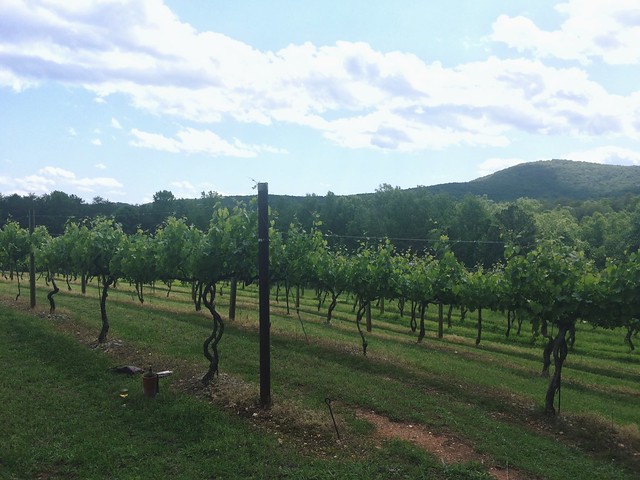 I noticed things on the drive up that I usually don’t as I got to show him the landscape I love so much that has shaped my life. And this whole experience with him has worked that way in me as well. I’m seeing things in my own self that I never noticed were there or things that I had forgotten in the layers of all the other stuff that structures my days. There are so many pieces of my life that are deeply rooted – job and house and kids and immovable pieces of who I am. But I can feel myself bending here and there to notice what I haven’t before or to see things from a different angle, to stretch just a little beyond what I would normally do.  And there it is again – that same command I hear from every yoga instructor – stretch just beyond where you normally would and rest there; don’t force it or rush it. Let it be. 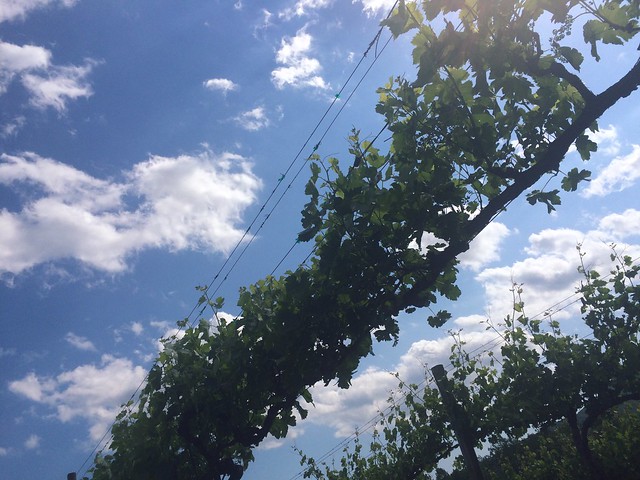 I’m still in that liminal space and have no indication of what the future holds, but I’m learning this is where the gold is anyhow. No demands or expectations. Just being grateful our paths crossed as they have and taking what is offered to us on a sunny afternoon in May. Being grateful for what is here and not questioning the rest.

Mary Oliver tells us, “This is the first, the wildest and the wisest thing I know: that the soul exists and is built entirely of attentiveness.” Who knew how perfectly imperfect it all can be when you push aside every demand and just slow down and pay attention.