I’ve been home for six days now, yet I’ve hardly caught my breath. I’m grateful I have summers off to spend time with the kids, but it always takes me by surprise how quickly our days go. Neighbors have been in and out all week, water hoses and bathing suits in the backyard, a puppet show Thursday, and lake time yesterday. It’s always something.

Last Sunday afternoon had me driving home through the Carolinas. Billboards advertising fresh peaches were taunting me the whole way, but the farm stands weren’t open on Sundays. I listened to podcasts – this one and this one were especially great – and thought a lot about my experience at the retreat center and the ways I could take it home with me.

We talked a lot about prana and the power of breath to direct your energy. I spent just as much time learning pranayama techniques as I did doing yoga, and I left feeling ten times lighter than when I came. The food was vegan and Ayurvedic which I don’t think is feasible for me on a regular basis certainly, but as a cleanse, it was really effective.

Yoga poses were called in Sanskrit which threw me off at first. They’d call Bhujangasana, and I’d feel confused until I realized it was just cobra. Or Utkatasana when it’s just the same chair pose I’ve always known. I’ll never tire of learning something new though. There’s so much to be said for unplugging from everything you know and going alone to learn something you didn’t know before.

Saturday night, there was a Kirtan (the Indian tradition of call-and-response Sanskrit music) held near the main ashram. I was on the fence about going as the tradition seemed so foreign to me, but a couple of the people in my group decided we’d go together and see what it was.

I wish I could accurately describe what that room was like, but I will never be able to capture that in words. I sat on the floor for an hour listening to Sanskrit chants with a hundred other people, and I have no idea what they were saying, but I could feel it. Songs about sadness and about yearning and about joy. It’s all the same, isn’t it? Every human culture and tradition around the world is encountering the same thing – joy and heartbreak and all the stuff in between. About halfway through the Kirtan, the soloist broke from Sanskrit and began singing “Amazing Grace.” The entire room – mostly Indians who knew Sanskrit well and a few others like myself who didn’t – began to sing along. It was community magnified.

And it was my grandmother’s favorite hymn. One I cried through while a southern baptist choir sang it at her funeral three days prior.

Some people might roll their eyes while reading this and say I am too much of a mystic. That it was only a coincidence. But it was in that second that I saw so clearly that the people we love never really leave us. They show up again and again and even in the places we least expect it. When I think about that moment for a minute, really think about it, it astounds me. How did I get there? At that second? Think of all the experiences in my life – big and little – that had me driving alone through the mountains to find my way to this specific place in this specific moment as I sat on the floor and listened through tears to this specific song. Life is incredible. 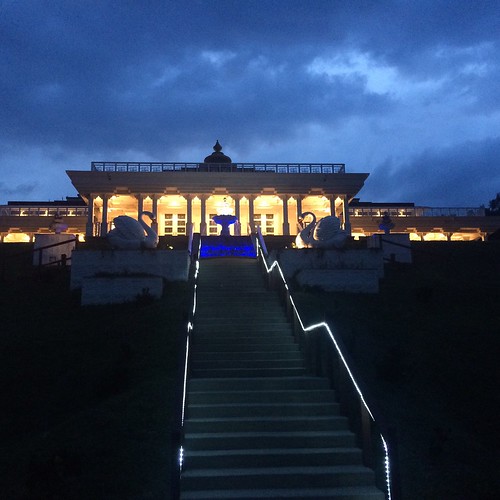 In the first class, we talked a lot about the “om” chant that opens most yoga classes. I’ve said it before, many times, and I knew that it referenced the soul and the entirety of the universe and how they connect. But we discussed how it is really a blend of three sounds when done as intended – ah, oh, and mmm. As you do those slowly, my instructor explained, you can feel them moving through you to vibrate different parts of you. The ah in your belly, the oh in your chest, and the hum at the end in your head. The belly, he explained is the place of creating life (womb); the chest the place of sustaining life (breath); and the head the place of transforming life (thoughts).

He said everything in the world is either being created, sustained, or transformed. But here’s the thing I’m seeing — sometimes it is hard to tell the difference. I will think I am in sustaining mode (breathe in, breathe out, one foot in front of the other, pay the bills, do the laundry, just keep swimming), and I will look back and see that I was actually transforming the whole time.

I thought I was done transforming for a little while, done creating something new. I was ready to coast with a little more ease. But my grandmother’s passing was a clear sign that I’m not done yet. Sometimes I feel tired, but when I remain open to these gifts as they fall, even in the hard season, they somehow feel sweeter than before.

My daily meditations from Richard Rohr struck a chord again yesterday, and I had to pass it along:

“…We often remain trapped in what we call normalcy–‘the way things are.’ Life then revolves around problem-solving, fixing, explaining, and taking sides with winners and losers. It can be a pretty circular and even nonsensical existence.
To get out of this unending cycle, we have to allow ourselves to be drawn into sacred space, into liminality. All transformation takes place here. We have to allow ourselves to be drawn out of “business as usual” and remain patiently on the “threshold” (limen, in Latin) where we are betwixt and between the familiar and the completely unknown. There alone is our old world left behind, while we are not yet sure of the new existence. That’s a good space where genuine newness can begin. Get there often and stay as long as you can by whatever means possible. It’s the realm where God can best get at us because our false certitudes are finally out of the way. This is the sacred space where the old world is able to fall apart, and a bigger world is revealed. If we don’t encounter liminal space in our lives, we start idealizing normalcy. The threshold is God’s waiting room. Here we are taught openness and patience as we come to expect an appointment with the divine Doctor.
A good therapist and a good minister will always open up larger vistas for you, which are by definition risky, instead of just ‘rearranging the deck chairs’ on a sinking Titanic.”

I’ve been itchy this past few months, wondering if it’s “okay” that I am still in a space of in-between. (Who says what is okay anyway? Why do we think in those terms?) I’m trying to forget old ideas of “idealizing normalcy” as Rohr calls it. There is no normal. And as I look around me at the people who are the least genuine and the most hollow, I see a desperate quest for “normal” and for perfection. But the sinking Titanic is a heavy force, and it’s going down anyway – even with all the trappings of what you think is a life that somehow proves your worthiness.

Life is not a series of check boxes, and that is a concept that echoes back to the very beginning of this season for me as I wrote about before. Back then, I was consumed with the idea that someone I cared for saw me as unable to fill some imaginary list of “check boxes,” but now I see that looking at your entire life and all the people in it as a series of boxes to fill is so limiting and just setting you up for the sinking Titanic anyhow. You are just rearranging the chairs, but it’s still going down.

I have no boxes anymore, no shape. It’s morphing and changing all the time. The less I look to some definitive list of what life should be, the more it opens up for me in ways I never expected.

Between the whirlwind of the past few weeks, my stay away for a while, and the disheartening news events this week, I’ve been craving home and family. We packed up yesterday for a picnic and an afternoon at the lake. 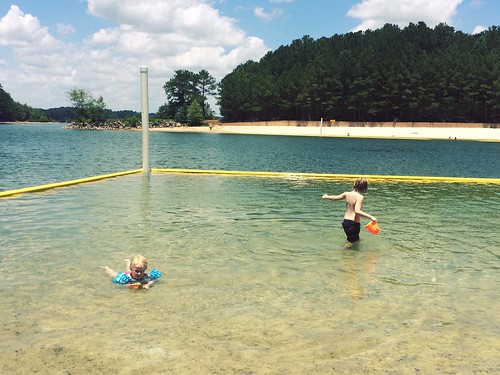 The kids tried their hardest to catch the minnows swimming beneath the surface and collected feathers and rocks along the shore. The simplest of rituals always work to bring us back home to ourselves, I think. 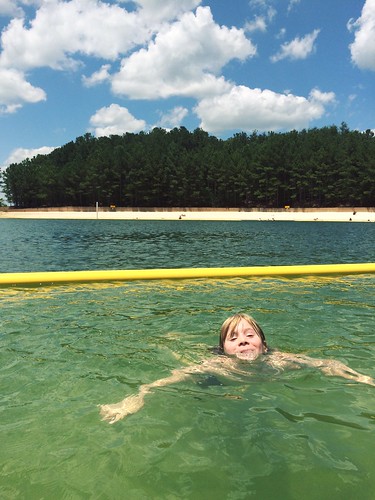 I truly believe, with everything in me, that the world works in your favor when you ride along with the current. Creating, sustaining, transforming all the time.