Georgia weather is always the strangest, but this year’s more than ever. It was rainy and 75 on Christmas day. This morning when I took the dog out, it was a windy 27. I’m learning to let go of any expectations at all – a good exercise for my life in general.

I was without the kids for a solid length of 5 nights over the holiday break, and it stretched long before me as it began but was over in a flash. Solitude is getting so much easier, it seems. I always have something to do, and I’m seeing the power of intention and creativity. When I put in even the smallest effort, it multiplies and is rewarded ten times over.

I’m not a fan of winter, and I know those of you in colder climates are probably laughing at me as I say that. Atlanta isn’t exactly frigid. But having grown up a southerner, my bones can hardly stand it, and I’ve grown spoiled in that way. February drags with the heaviest weight, but January is always nice despite the cold. The fresh slate of a new year made even more noticeable to those of us in academics who get to begin a new semester as well. It all starts over for me when the calendar flips, everything begins again.

This week is a soft start for me. Classes don’t begin until next week, but I have a lot of planning to do. One day I might step into the 21st century, but for now, books with real pages and an actual pencil and paper are the only ways I can plan my semester. There’s always that moment when you begin a new task or a new class, and you think you are nowhere near ready and that this is not going to come together the way you’d like it to. But then it always does somehow. 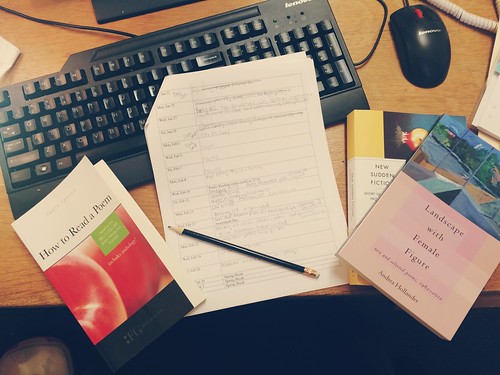 I was talking with a friend on Instagram last week about how I had to make such a conscious effort in 2015 to ditch my old distaste for sentimentality and truly surround myself only with ideas that lended themselves to my own growth. This has meant a lot of non-fiction reading and very little snark and sarcasm. Positivity everywhere. The only way I could “keep on keepin’ on” in light of what happened to me and the speed at which it happened was to not even for a second consider that something better wasn’t coming my way.

I follow a pretty awesome Instagram feed that said last week that rather than thinking of resolutions and ways to “fix” your life, you should see the new year as “a time to reflect. To learn. To create an intention, a positive call to shift, a spark of magic + manifestation rooted in self-love and backed with action.” That explanation resonated with me in so many ways. For the first time in a long time (ever?) I don’t look at the new year as a way to fix anything about myself. The ways that I have shown up in my own life before this moment in time were all necessary to get me where I’m going. I see that clearly now.

For me, this month is about a clear intention + magic + manifestation, and I can see it in little glimmers already. It’s this formula of focused intention + hard work that equals so much more than just the hard work, I’m finding. Life is not as simple as just wanting something, praying for that thing, and then watching it appear before you. But devoting space in your own imagination for it, saying aloud I want that, outlining the ways to accomplish it, working hard, and then allowing space for it to unfold in ways that might be different from what you expected but so much better. That’s the way.

This January feels less like a completely blank slate and more like a soft start. I don’t want to be something entirely new, and I see countless ways every single past experience of last year worked together to create a fuller picture of myself and my own abilities.

We don’t ever really start over, do we? We can never completely leave it all behind. So many people try to do it that way, to cover it up or turn a new page to be totally remade in an instant. But that’s the most dangerous approach, doomed for failure. The real fruition of what we can be lies in carrying it all with us as we move forward – all the past experiences and the good and the bad – and making sense of it in new ways as we make new intentions.

Wednesdays are crazy for us. I leave at 7:30, get Jude on the bus, commute 45 minutes with Norah, work until it’s time to head back and get Jude. I pick him up in his after-school program, and then back-track 20 minutes to go to our 5pm weekly speech therapy appointment. It’s past 6pm when we get home – logging miles and hours and long days for all of us. And this time of year it is dark which only seems to amplify the tired bones and empty bellies.

I picked up pizza on the way home tonight. Not a single healthy vegetable on the table. We ate it with one hand, standing up. I fed the dog and as I went to take him out, I heard laughter inside and turned around to see my glass patio doors framing our little table like a movie scene as it was light inside and dark out. Both of them laughing, mouths open, chasing each other around the table holding pizza. I guess it was the bitter cold outside and the light and warmth inside, combined with their little laughing voices. But it looked like perfection when I know what it really was – a tired mom, tired kids, long day, and a $9 dinner.

That’s the way it goes though. The comfort in the mess. I’m not starting over this year; it’s just a soft start, a calm reset to carry what I already have and let it push me forward to where I’m meant to go next.