I’ve been listening a lot lately to the Frederico Aubele station on Pandora.  When I’m in the car alone, or cleaning the kitchen during the nap time scrub-down, or on the elliptical at the gym.  I don’t understand a word of what it says, but it is soothing and inspiring in just the right ways.

I sent a text to my friend to tell her about this latest obsession, and I explained that it led me to feel like I was in Vicki Cristina Barcelona which we were obsessed with about 5 years ago when it first came out.  I still love it really, just without the newness of when you first discover something.  Anyway, she immediately responded that the particular film would always remind her of our little group of (at the time) work colleagues  and our many moments and conversations at a particular happy hour spot.  On the whole, I love my life now – of course.  But sometimes you just get a whiff, so to speak, or a particular memory trigger that throws you right into the depths of nostalgia so hard it grips your stomach. A song, a scene in a film, a certain restaurant or smell.  It can be the smallest detail, but it’s a domino that has you suddenly longing for a certain time in an almost tangible way.

Certain periods and moments are so pivotal that you expect to recollect them years later – graduation ceremonies, big vacations, your wedding, the birth of a baby.  But what continues to surprise me are the moments that seemed so mundane at the time, but you still long for them later.  I mean this particular time that we were talking about with the discovery of my new Pandora station doesn’t seem like something I’d ever necessarily long for again – 26 years old and working my butt off on grading and lesson plans, married and living in the suburbs, enduring the annoyance of 32 ninth graders everyday.  And I wouldn’t want to repeat that again for longer than a few hours, but somehow the message shines through.  That time is over, gone.  It will never be again.

It’s such a reminder to wring dry the everyday moments I have now as well.  The mundane of today will feel so special in a few years when those days are over and not to return again.  Today is the summer solstice.  The longest day of the year in the northern hemisphere.  June 21, 2014 will never happen again.  We had zucchini noodles and shrimp for dinner.  The kids played happily with a puzzle while I sipped a margarita and stirred at the stove.  They splashed at bath time.  It remained light outside well past 9:00, and now I am covered in a fuzzy blanket on my couch, writing and thinking and looking forward to sleep.  I am 33.  This won’t happen again. 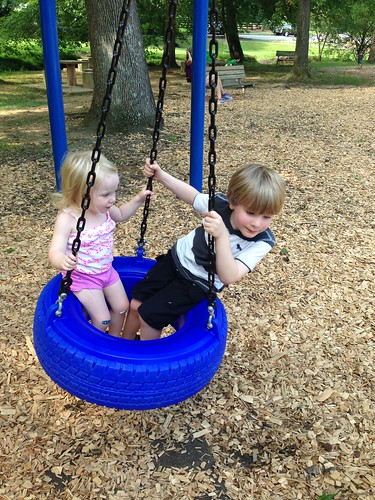 Through all the mundane – the poured coffee, the laundry piles, the tiny toys and clothes scattered everywhere – I’m trying to remember that the extraordinary is never felt in the moment itself, but nostalgia tugs so strongly later.

There’s a Linda Pastan poem I hold on to and re-read from time to time that relates to this.  If only we can recognize the happy as it happens and not years later.

The Happiest Day – By: Linda Pastan (from Heroes in Disguise)

It was early May, I think
a moment of lilac or dogwood
when so many promises are made
it hardly matters if a few are broken.
My mother and father still hovered
in the background, part of the scenery
like the houses I had grown up in,
and if they would be torn down later
that was something I knew
but didn’t believe. Our children were asleep
or playing, the youngest as new
as the new smell of the lilacs,
and how could I have guessed
their roots were shallow
and would be easily transplanted.
I didn’t even guess that I was happy.
The small irritations that are like salt
on melon were what I dwelt on,
though in truth they simply
made the fruit taste sweeter.
So we sat on the porch
in the cool morning, sipping
hot coffee. Behind the news of the day—
strikes and small wars, a fire somewhere—
I could see the top of your dark head
and thought not of public conflagrations
but of how it would feel on my bare shoulder.
If someone could stop the camera then…
if someone could only stop the camera
and ask me: are you happy?
perhaps I would have noticed
how the morning shone in the reflected
color of lilac. Yes, I might have said
and offered a steaming cup of coffee.