It’s month two of my 2011 resolution to complete at least one crafty/creative endeavor a month.  January’s was my first-ever knitted project, and I’ve been working on another knit this month.  It’s taking a while though, and I took some time away from it last week, so I’m thinking that will be March’s completion.

This month wasn’t great on the crafty side, especially with the pseudo-summer weather we’ve been having lately that calls me outdoors.  I did get a few things done, though.  The first one is a great homemade gift idea for any kid.

Jude is pretty much a play-dough fanatic these days, so I thought I’d use the same recipe we make for his stash and give his little cousin some of her own for her second birthday this past weekend.  I had Jude “help” me a little so I could make the card from him to her and give him a little ownership.  The recipe can be found here, but I’ll walk you through it.

Gather your materials: flour, salt, cream of tartar, vegetable oil, water, food coloring. First mix about 1 cup of flour, 1/4 cup of salt, and 2 tsp of cream of tartar in a pot on the stove.  Add 1 cup of water, 2 tablespoons of oil, and about 1 tsp of food coloring.  Cook this over medium heat, and just keep stirring and stirring until it makes a ball-ish form in the pot.  Then turn your dough out of the pot onto a floured surface, which for me is the leftover 1980’s countertop in my lovely kitchen.

Then you just knead, knead, knead until it begins to firm up, and you’ll be adding some flour along the way to be sure that happens.  (This is when I had Jude’s help “kneading” but didn’t have a free hand for the camera.)  This is easy-peasy and done in less than ten minutes! You can also use kool-aid to color it, but I haven’t tried that yet.  In my experience, the homemade version lasts way longer than store-bought play dough which tends to dry out in just a week or two.  We’ve had the same stash since December and play with it daily.  Plus if you add a homemade card, it makes for a sweet little gift from one cousin to another.

Other than that, I haven’t finished much except a few scrapbook pages that are long overdue.  My 2011 once-a-month resolution was the push I needed to finish then though.  (For more details on how I print this, see my previous post on last year’s book.  For other details, see this previous explanation.)

Here are a few from the holidays, and you can get a larger view by clicking on the picture. 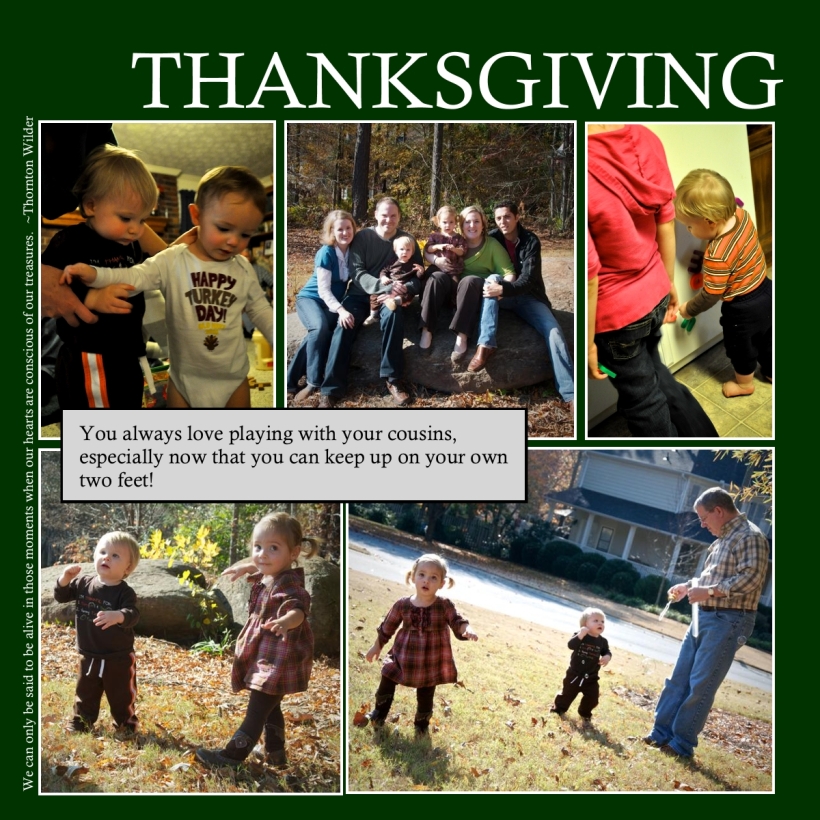 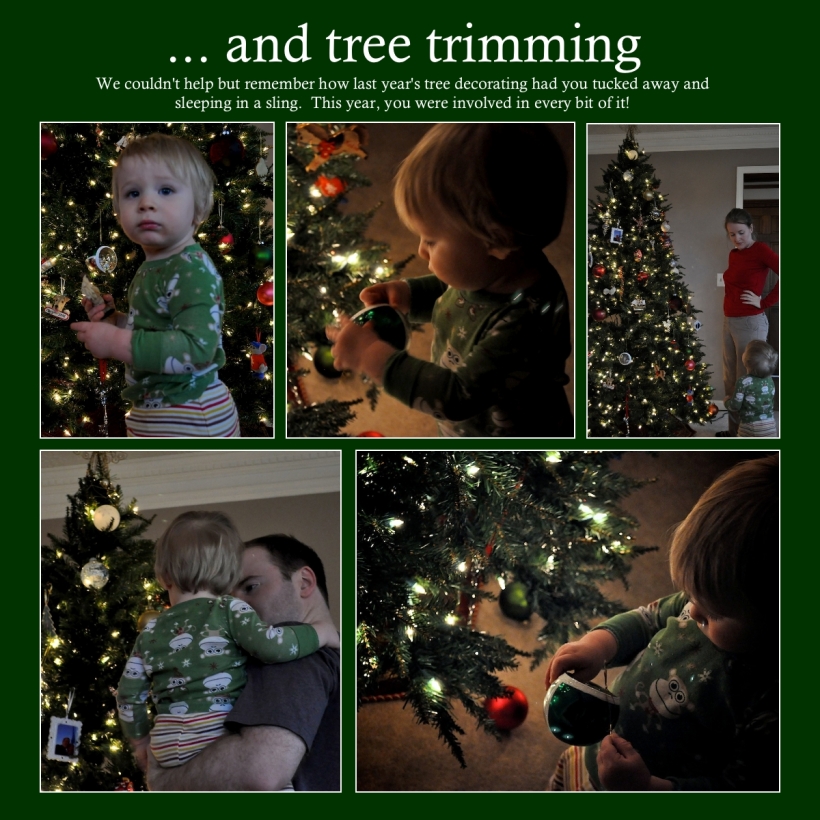 I also worked on one about our snow days, but I really was holding off on it because I expected another round of winter weather in February or March.  I don’t know though; with these freakishly spring temperatures lately, I might not have to edit after all.

So there you have it – February’s few completed crafts.  I hope to have more in March with a finished knitted bag and maybe a sewing endeavor.