You know that picture of the monkey slowly turning into a man? Everyone has seen it as a visual representation of Darwin’s theory.  You know the one.

I’ve realized recently that I am living the same thing, only on a much faster scale.  The similarities between my son and a caveman are astonishing.  The grunting, the sometimes crawling sometimes walking, the fits of anger or happiness that overflow with absolutely no filter.  The complete disregard for how to act in public.  The way in which he eats with both fists, food flying in every possible direction.  And here I am, just following him around all day.  Watching him watching other things.

His curiosity is astonishing, and no doubt it drives every little action and decision he makes all day.  Poking here, tinkering there, prodding and playing and trying to figure things out.

A curiosity, in fact, that is so strong it seems to almost kill him at least 8 times a day.  And that’s where my job comes in, I guess. No, you cannot eat that thing that will become lodged in your throat.  No, you cannot place your finger in the electrical outlet.  No matter how many times you try, my answer will always be the same.  I will always pick you up, move you to another distraction, and hope you forget it for at least 5 minutes. 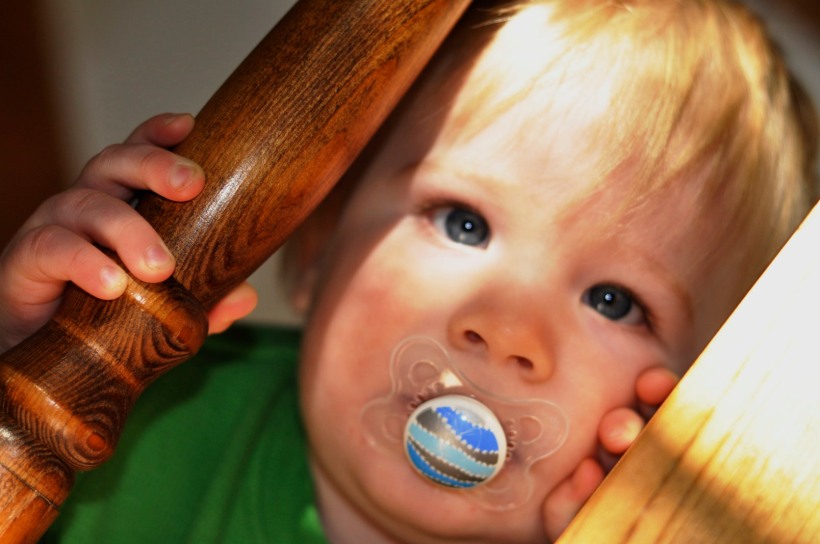 Truthfully, supervising this evolution is exhausting at times. I relish a quiet cup of coffee before the rest of the house is awake.  I savor every moment I am lucky enough to pee alone. I cherish the minutes I have the energy and time to write here.  Motherhood is tiring indeed.  Here’s the thing though, this evolution is breathtaking as well. And to miss a second of it would be criminal, so tired or not, I can’t help but love it. The coming of age of my little caveman.

As a classroom teacher, the best part of my job was surely watching students grow from one year to the next.  The shy awkwardness and braced teeth of a freshmen.  The overconfidence of a sophomore.  Soon the insight starts to make its way through to the surface as that junior becomes a senior.  And viola, college is around the corner, and before I know it that kid that I had to explain the sex jokes to while we read Romeo and Juliet is a grown-up.  With her own ideas and values.  With his focused perspective and maturity.  It was incredible to witness.

And here we are with the same thing, only much faster and much closer to my own heart.  We ditch the bottle and before you know it, we are preferring the sippy.  We are slowly but surely working on the weaning.  …… and mama, if you didn’t already know I was a big boy, you should know by now since here we are on a Tuesday morning sharing a smoothie on the kitchen floor.  Drinkin’ from my straw.  Playin’ with my letters.

Little caveman gets a little more civilized everyday, it seems.  Those eyes know more than his mouth can say, I know it.

And I’m evolving a little as well, I suppose.  I’m recording so many little moments on this journal and that alone is changing my perspective everyday; I’m valuing and savoring some tiny minutes that I think would run right past me unnoticed if I didn’t write things down here for you.  I’m watching a little caveman grow up, and I’m enjoying the sights.  Tiring or not, motherhood is beautiful.

One thought on “evolution of a little man”